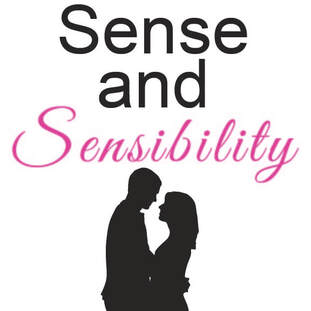 Sense and Sensibility  by Jon Jory
February 6, 2021 @8PM; February 7th @ 2PM
​Directed by Suki
​Sisters Elinor and Marianne find themselves captivated by two very different men in this lively and dynamic adaptation of Jane Austen's classic novel. Sensible Elinor is charmed by the quiet, bumbling goodness of Edward, while passionate Marianne is swept off of her feet by the dashing and mysterious Willoughby.  The sisters are forced to rely upon themselves and one another to weather their heartache and learn that when sense and sensibility meet, love can't be far behind.
Cast of Characters
Marianne: An energetic, naive, passionate young woman of little restraint.
Elinor: An earnest and stoic young woman of extra common sense and modesty.
Mrs. Henry Dashwood: Most definitely their mother, a woman with much on her mind.

Lucy Steele: A young woman of humble means, with an old attachment to Edward.
Colonel Brandon: A reserved, honest, steadfast man who falls deeply in love with Marianne.
Willoughby: A young charmer who vies for the praise and attentions of Marianne.